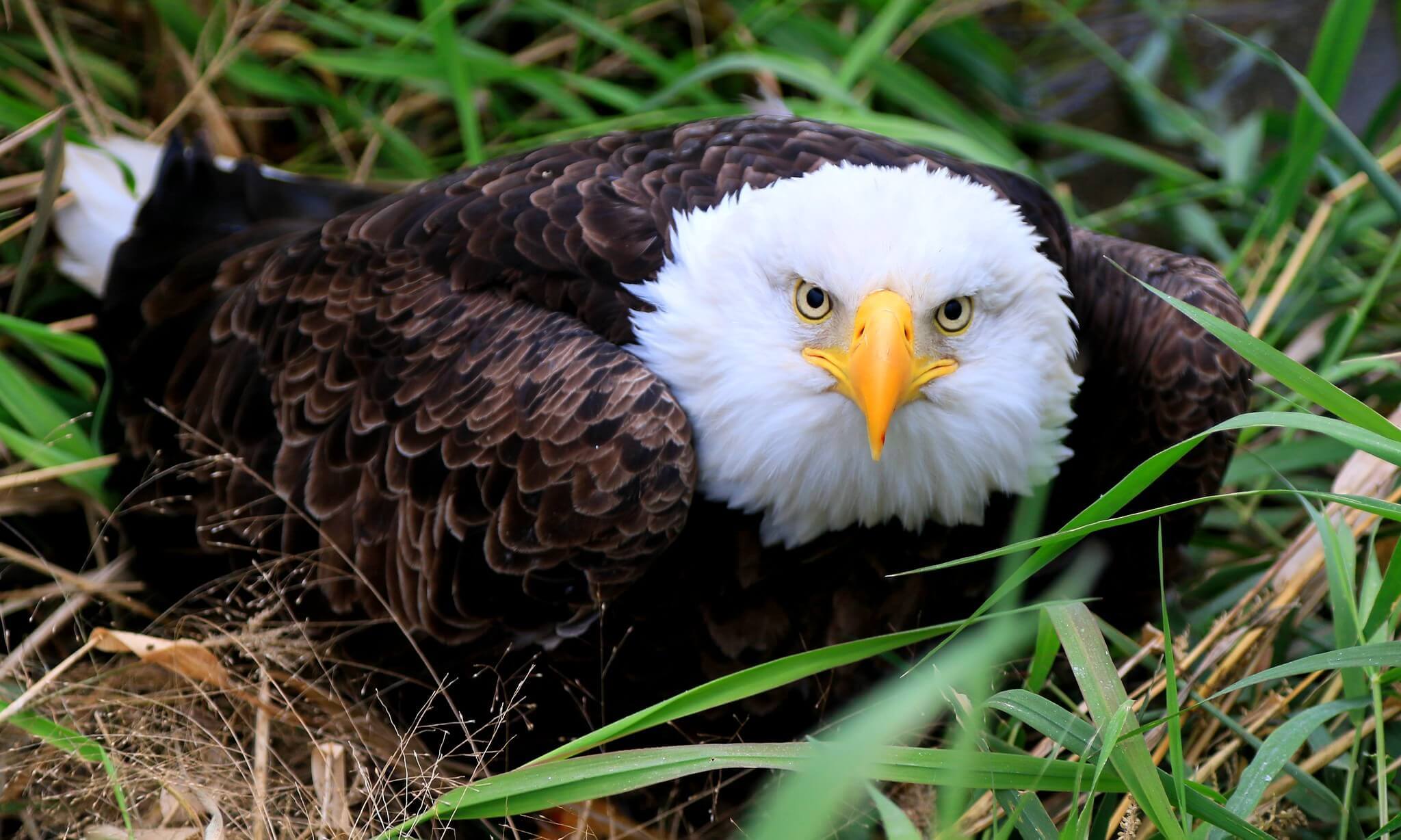 In late October, our Monday morning got off to a bad start with a phone call about a downed bald eagle found along a roadside. A few staff members geared up with chainsaw chaps, leather gloves, blankets, and a pet carrier and headed out. Soon enough, we found the eagle and were able to safely (for us and the eagle) get it loaded into the carrier.

We had already arranged a meeting with Saving Our Avian Resources (SOAR), a raptor rehabilitation organization. We handed the eagle off to their well-qualified care and waited to hear more. Several days later, we got notice that “Chipera Prairie” (all raptors in SOAR’s care are tagged by their general location when found) had tested positive for high blood lead levels and was being treated for lead poisoning.

Talk about déjà vu. This past February, we went through this same process. We received a call from the community about a downed eagle, captured and transferred the eagle (“Pole Line Road”) to SOAR for care, and were notified that it was suffering from high blood lead levels and was undergoing treatment.

Lead poisoning is a serious problem for eagles and other raptors in Iowa and the Midwest. It causes muscle weaknesses, seizures, vision problems, brain swelling, vomiting, paralysis, and organ failure. Eagles with lead poisoning have trouble flying, hunting, and feeding, and often starve to death. It’s the leading cause of death for adult female bald eagles in Iowa.

Over the course of ten years (2004-2014), raptor rehabilitation centers across Iowa ran blood lead tests on eagles admitted to their facilities. Fifty percent of the eagles tested had elevated blood lead levels, and there was a clear peak in lead levels between October and January every year.

Why? Because October through January coincide with deer, pheasant, and turkey hunting seasons in Iowa and eagles love to scavenge on gut piles and animal carcasses. When they do, they eat not only bits of meat and fat from the animal, but fragments of the lead bullets or shot that killed the animal. The eagle’s stomach acids eat away at the fragments and the lead is absorbed into its blood stream where it begins to negatively affect the health of the bird.

Part of our mission as Winneshiek County Conservation is to connect the people of Winneshiek County to the outdoors, and so we strongly support hunting and fishing as one way of doing  so. We value hunting and fishing as important forms of recreation, sport, economic growth, physical activity, food procurement, and tradition. We work to engage more people in these activities by managing public hunting grounds, improving fish habitat and providing fishing access areas, and teaching hunter education, fishing, and archery classes.

Our mission also includes managing and stewarding our natural resources in Winneshiek County, natural resources that include non-game animals like eagles. In that respect, we encourage all of our local hunters and anglers to explore lead-free alternatives for your ammunition and tackle.

There have been great advancements in ammunition technology. Non-lead options are equally as effective and humane as traditional ammunition choices, and many are available from our local retailers. We recommend visiting SOAR’s website (www.soarraptors.org) or www.huntingwithnonlead.org to learn more about lead-free ammunition.

So, what will happen to those eagles we rescued, Chipera Prairie and Pole Line Road? Pole Line Road was successfully released back to the wild in Winneshiek County in June, after four months of treatment and rehabilitation. She was lucky; only about 10 percent of lead poisoned eagles admitted for rehab survive to be released.

Chipera Prairie received three weeks of therapy and is starting rehabilitation. So now we wait and see, and hope the chaps and pet carrier can stay in storage this winter.