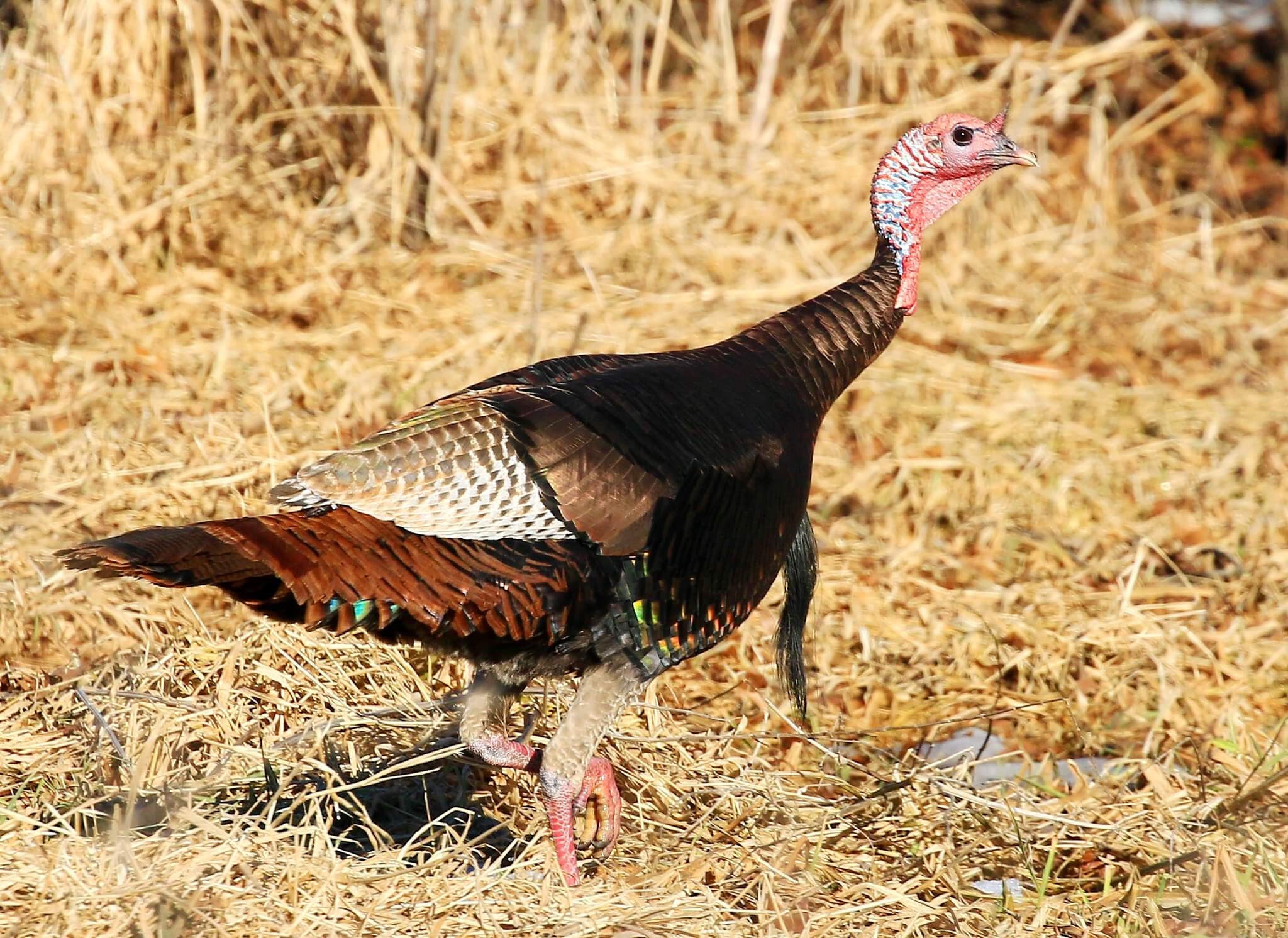 Every holiday has its symbols: Valentine’s Day has a heart and Cupid; Fourth of July has American flags. And though Thanksgiving has a few, there’s always a plump and feathery turkey. So the education staff at Winneshiek County Conservation invariably spends a lot of time in November “talking turkey,” wild turkey in our case.

But why does that connection between turkey and Thanksgiving exist in the first place? How did the turkey become the de facto symbol of shared seasonal abundance?

Historical records are murky about what was actually on the menu at the first Thanksgiving, the three-day meal with European Pilgrims and Wampanoag at Plymouth Colony in 1621. The “wildfowl” served likely included wild turkey, but also probably goose and duck, plus venison and seafood like lobsters and mussels.

While there are several reasons why we carve a turkey instead of cracking a lobster on the fourth Thursday in November (beware of the Google rabbit hole on that one), even outside of Thanksgiving, the wild turkey has become a hallmark representation of American wildlife, and for good reason.

They are big birds—one of the largest and heaviest in North America—and dark brown overall, though the feathers have a colorful, iridescent sheen. Females are drabber than the males, the better to help her blend in when sitting on her nest (and making you all the more likely to jump out of your shoes if you unexpectedly flush one off that nest).

Archaeological evidence shows that wild turkeys were domesticated and used by many indigenous cultures and civilizations across North and Central America as early as 300 BC. Turkeys were both a food source and used for religious and cultural ceremonies and rituals.

Spanish colonizers took North American turkeys back with them to Europe, where they began the selective breeding that would produce new “barnyard” varieties that eventually spread worldwide. All of today’s farmed turkeys—the ones most likely to show up on your Thanksgiving table—can trace their lineage back to the wild turkey.

As their domesticated cousins became increasingly popular, wild turkeys themselves remained plentiful across North America, including in the forested regions of eastern and southern Iowa, into the 1800s. But, as Westward expansion led to increased hunting, trapping, and clearing of forests, wild turkeys suffered. By 1910, they were extinct in Iowa and severely threatened nationwide.

Iowa conservationists began working to bring the populations back up. There were multiple attempts to re-introduce turkeys—everything from farm-raised birds to wild subspecies trapped in Texas—across Iowa over the next half-century, with little long-term success.

But, in the 1960s, wild turkeys trapped in Missouri were released in state forests in southern Iowa, and these hardy and adaptable birds took hold. By the 1970s, the population was large enough that some could be trapped and re-introduced to other parts of Iowa, including northeast Iowa.

By 1989, Iowa’s turkey population had bounced back sufficiently to allow a state-wide spring hunting season. (In fact, Iowa had enough turkeys that, starting in the mid-1980s, Iowa wildlife officials worked with other states to trade wild turkeys for river otters for reintroduction efforts of that over-harvested species.) Nowadays, spotting a wild turkey while on a hike or calling one in for a successful hunt would no longer be considered remarkable and wild turkeys are once again plentiful in Iowa.

Many of Thanksgiving’s symbols—that classic plump turkey or the cornucopia—embody the abundance and community the holiday celebrates. But for this year’s strange Thanksgiving, perhaps we could add a wild turkey to the collection of symbols: a creature that’s a bit cautious and a little muted, but tough, adaptable, and resilient; ready to bounce back and thrive following challenges; and undeniably rooted in America.