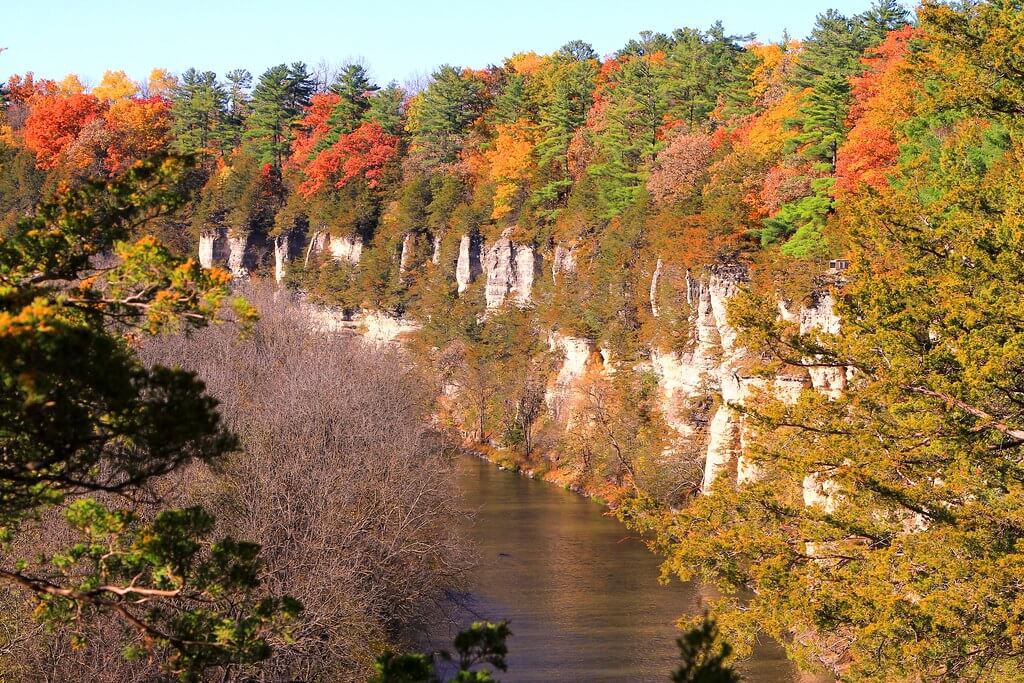 What is the “Driftless”?

“Driftless.” You hear it everywhere nowadays: in local business names, in tourism campaigns and ads, in newspaper and visitor centers.

But what is the “Driftless?” What does it mean to say that Winneshiek County is part of the Driftless Area? To understand why, we have to look back in time. A pretty long way back.

Over roughly the last two and a half million years, parts of North America have been covered on and off by glaciers, towering masses of dense ice formed over centuries by the compaction of layer upon layer of snow. Glaciers are so big that they can move under their own weight and the pull of gravity. They “flow” like liquid water, but very slowly. So, glaciers “advance” by accumulating ice and flowing downhill. They also “retreat.” This doesn’t mean that glaciers flow uphill or slide backward, just that they become smaller because they lose more ice (through melting, for example) than they add.

Over the course of multiple glacial periods, the North American glaciers have repeatedly advanced and retreated from the upper half of North America and down through the Upper Midwest and Great Lakes region. As these glaciers advanced, the ice sheets scoured, ground down, and flattened the landscape, picking up all sort of debris—silt, sand, gravel, boulders—as they moved. That debris is collectively known as “glacial drift,” and when the glaciers eventually retreated, they left it behind.

The Driftless Area was missed by these glaciations, with the glaciers advancing and retreating around but not over the region. And so, the land was not ground down and covered by deposits of glacial drift. Hence, we are in the “Driftless” area.

You can see evidence of this everywhere in Winneshiek County and Northeast Iowa and it is part of what makes the Driftless Area so scenic and unique. The deep, rugged valleys, exposed bedrock, and towering bluffs are there because the rivers and streams of the area have had millions of years to carve and erode the underlying bedrock, their work never erased by the flattening of the land and laying down of new sediment.

You don’t have to travel very far outside of the Driftless region to see the dramatic difference that being missed by these glaciers made. There are quite a few geological regions in Iowa and each has their own unique history and characteristics, but as the Iowa Geological Survey has said: “If Iowa’s landscape had to be divided into only two regions, one would be northeastern Iowa and the other would include everything else.”

Is that all there is to know about the Driftless? Absolutely not. It’s barely even a CliffsNotes version of a fascinating, long, and complex geological history, especially as our scientific understanding of the area continually expands with more study. There are many books, articles, movies, and people available to help you learn more. Contact us if you’d like to some suggestions.